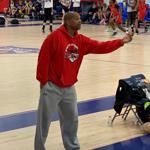 Since 2015, his Titans Boys teams have won 2 National Championships(AAU/NTBA), and several teams have qualified for AAU Nationals. Titans have  won  the "Chip" in tournaments hosted by Hoop Group, Premier 1,  Crossover Hoops and Zero Gravity. Several Titans Teams are on the Adidas Junior & Silver Gauntlets.

In September 2018, he was inducted into Mid-Atlantic Athletic Conference(MAAC) Honor Role for his career at Rider. He was honored at the Naismith Memorial Basketball Hall of Fame, Springfield, MA and his name is added to the "MA'AC Experience" exhibit.

He has 25 plus years of coaching experience at the high school and college levels.